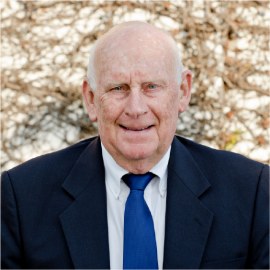 He obtained his B.A and LLB degrees from Rhodes university and was admitted as an Attorney in 1966 and as a Notary in 1967.

Throughout his career he was active in professional affairs and served on the local attorneys association as its Chairman, on the Cape Law Society Council from 2006 to 2018 , and as Chair of its Disciplinary Committee; on the Council of the Law Society of South Africa from 2006 to 2019. A highlight of his legal career was serving as an acting Judge of the High Court between 1999 and 2001.

He is currently a Consultant.